Seeing a narcissist rage is absolutely terrifying. From what I’ve seen, they feel entitled to being abusive – and your rights and safety becomes irrelevant to them.

Hell hath no fury or contempt as a narcissist you dare to disagree with, tell they’re wrong, or embarrass.

Rage is a destructive action. It is intended to hurt, actually break someone or something. It is also blind and the attack is often against an innocent helpless person or child. We speak of a person being ‘in a blind rage,’ or being ‘blind with rage.’  Rage is also explosive, which means that it cannot be easily steered once it blows. Rage develops when a person feels that his power is thwarted or frustrated. In rage, memory is laid down differently. For all these reasons, rage is often called dissociative rage.

Rage works by short-circuiting the experience of shame that is, the feeling of being inferior or not enough, or not good enough. Rage can be contrasted to a healing and universal experience and emotion: anger. Rage can be…

What Surprised Me The Most After Leaving The Narcissist

Posted on September 3, 2017 by fletchenkitty

Instead of shaming/blaming someone for being abused, offer kindness and just listen without judgement.

“The victim of a narcissist needs:
– people to listen and not judge. They will relive the whole relationship many times. They need reassurance they did all they could to save the relationship, more than most women would, that they are not crazy or the bitch the narc says they are. (They may not believe it anymore than you do but; they WILL eventually think and talk about something else.
– the loyalty of friends and family. Do NOT stay friends with the narcissist. It is not possible to remain neutral with a narcissist. You are either supportive and believe the victim or you believe the narcissist but you can not ride the fence.
– do not fill the victim in on what the narc is doing. She may think she wants to know but it will only hurt.
– please do not tell them what they need to do to heal, and give them time to heal, at least a year or more
– please refrain from saying how you always knew he was bad news, you never would have fallen for his lies, or anything else that suggests they were stupid and should have known better

What do you need from the people closest to you? What could people have done to convince you to leave sooner ? What would have helped you heal faster? What surprised you the most after leaving the narcissist?”

Source: What Surprised Me The Most After Leaving The Narcissist

Without hope, what do you truly have?

It never ceases to amaze me that these predators live amongst us. 😦

Narcissists are ALWAYS HYPING AND SELLING the narc kool aid. Not a breath is ‘wasted’ on other things, like OTHER PEOPLE or events in life…no the narcissist is a living breathing walking PR campaign and self advertisement about just how, well…..”GREAT THEY ARE”.

We thinks thou doth protest just a bit TOO MUCH, narcissist.

Think about this from a normal person’s standpoint for a moment. Do you sell yourself everyday? Do you try to get people to like you? Agree with you? Go to bat for you? Fight your battles? Do you try to convince people that you’re nice? A christian? Loving? A good friend? Or best wife/husband around?

It’s actually exhausting just thinking about living this way. Imagine feeling that you have to be ON 24/7 just to feel “ok”. As a (low maintenance) female, Im lucky if I actually…

The Running Muscles you Never Think About

Source: The Running Muscles you Never Think About

I really wish I had learned about this when I was a teenager. But now I wish younger women were taught how to properly care for their pelvic floor while exercising _before_ any possible damage can be done to their bodies.

Posted on January 7, 2017 by fletchenkitty

1. You never…. The precursor to a criticism of how you do not do something for me. It is a twin explosive assault against you because not only do I tell you that you are failing me by not doi…

How The Trauma of Narcissistic Abuse Changes Our World Views

Posted on October 3, 2016 by fletchenkitty

“The coup de gras of narcissistic abuse is that final horrible realization that not only have we been cheated on, lied to, abused, and left hung out to dry, but that the rules that defined who we previously were, no longer exist and no longer operate in our lives. It’s what I believe creates the “walking dead” effect of this abuse. The final blow is how we’re left an empty shell, no longer ourselves.”

Source: How The Trauma of Narcissistic Abuse Changes Our World Views

Posted on August 2, 2016 by fletchenkitty

HG Tudor - Knowing The Narcissist - The World's No.1 Resource About Narcissism 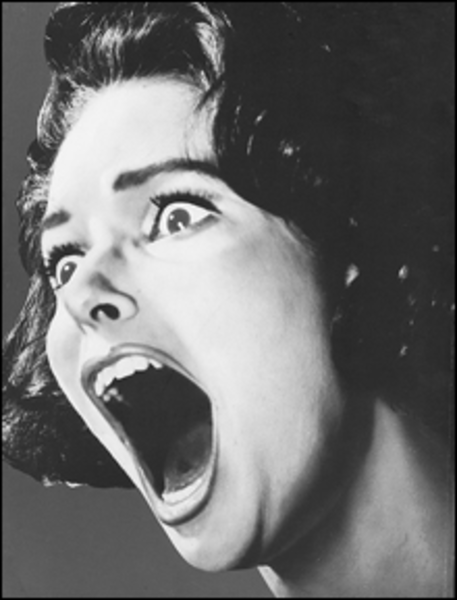 Established readers may remember dear, sweet Caroline, an ex-girlfriend of mine who had a huge conscience and always sought to do the correct thing. She often wanted to fight back against my manipulations but could not do so because she took the view that it was wrong. Wrong because she did not believe in meeting fire with fire. Wrong because she always maintained that I needed help to overcome the issues that apparently I had. She was sweet but ever so misguided. Caroline was a particular enthusiast of horror movies. I at first found this slightly at odds with who she was although I naturally embraced her enthusiasm for them as part of my mirroring of her likes. I found that it was actually psychological thrillers and creepy horror (not out and out gore fests) which she preferred. The reason for this soon became apparent. She enjoyed being scared…

Unraveling The Chess Board Mind Of The Narcissistic Abuser

For many years I have tried to understand the mind of the narcissistic abuser.

I admit…their ability to genuinely believe their own lies, to this day, fascinates me.

For do they have insight into the fact that they lied? Certainly, they can remember the events that occurred that favor them, so surely their ability to selectively remember information requires a degree of awareness as to which of their actions would be considered, at least by others, to be immoral?

If they do not have insight and are unaware that they have lied, can they be blamed for lying?

At this point, I stop.

For it is beyond our need to understand whether the abuser should be pardoned for his or her wrong, immoral, hurtful and deceitful actions that have no doubt occurred.

Dwelling down this path may lead the “other” to excuse the abuser’s actions, not because of genuine forgiveness…

How falling in love with a narcissist has changed me forever.

Posted on November 13, 2015 by fletchenkitty

Source: How falling in love with a narcissist has changed me forever.